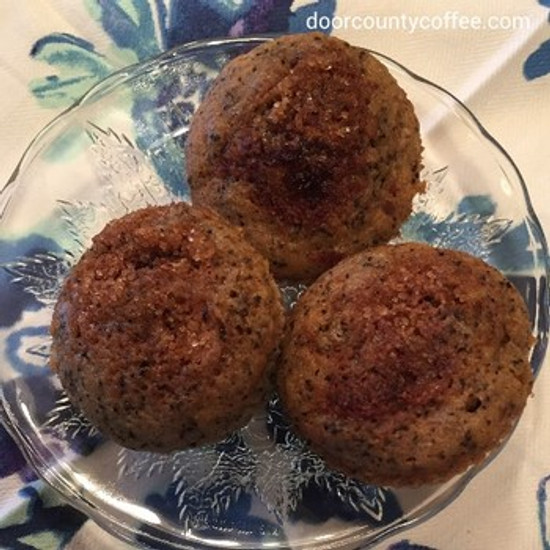 "I took an old recipe that I had and updated it with almond milk to replace the whole milk. I used coconut oil and yogurt to replace the butter and included whole wheat pastry flour and walnuts in the recipe which were not there before. I replaced 1 cup of the sugar with a 1/2 cup of honey. I sprinkled the raw sugar and cinnamon on top to add an extra element of texture."